High season for tourism here in Washington, D.C. is from Spring Break to Labor Day. We do get a few tourists in the middle of winter, but generally it’s a great time for us locals to see the sights without waiting in line. If you prefer hot toddies and fireplaces to trudging around in cold and snow just to avoid crowds, you’re not alone. You might be interested in a virtual visit to our nation’s capital.

Did you know that thanks to the Internet you can take virtual tours of many Washington, D.C. tourist attractions?

Architect of the Capitol

In addition to a full tour, the organization that keeps Capitol Hill running offers 360-degree panoramic views of the Capitol Building, Grounds and Visitor Center, the Library of Congress (a MUST SEE!), House Office Buildings, Senate Office Buildings, the Supreme Court, and the US Botanic Garden.

Founded in 1846, the Smithsonian is the world’s largest museum, education, and research complex, consisting of 19 museums and galleries, the National Zoological Park, and nine research facilities. 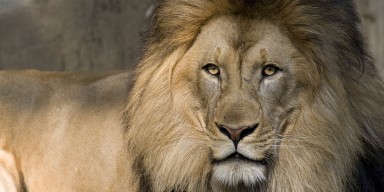 There are more than 170 foreign embassies in Washington D.C.  This tour will give you a feel for what you’d see if you visited a neighborhood with embassies in it.

Located about 15 miles south of Washington, D.C. along the banks of the Potomac River, this historic estate includes not only the Mount Vernon Mansion – George and Martha Washington’s home – but also a host of colonial era buildings, beautiful gardens, a working distillery and gristmill, and a museum and education center.

They offer several virtual tours, with one covering the whole arboretum, followed (in alphabetical order) by tours devoted specifically to the Asian Collections, Fern Valley, the Gotelli Dwarf and Slow Growing Conifer Collection, and the National Bonsai & Penjing Museum. There’s also one just for kids!

The National Gallery of Art was conceived and given to the people of the United States by Andrew W. Mellon, a financier and art collector from Pittsburgh who came to Washington in 1921 to serve as secretary of the treasury. During his years of public service he came to believe that the United States should have a national art museum equal to those of other great nations.

The Art of The Informational Interview